If Leo Drew Me

Every year I have all my students do a self-portrait. Each grade level does a different media or technique. Some years I change the lesson to go along with a theme or artist we might be studying at the time.

This past year my 4th grade students were exploring Leonardo da Vinci. I decided to combine their self-portrait project with Leonardo's Mona Lisa in some way. I had the students fold a paper in half like a greeting card. On the front I instructed them to draw the Mona Lisa with pencil, paying attention to line and value as they replicated Da Vinci's famous painting. I told them not to worry about the face at all - just to draw the outline of the face and leave it blank. Which is so not what I usually do when having students look at the Mona Lisa. Usually we would explore the face - especially her smile. Not this time! When they finished with the drawing I used an x-acto knife to carefully cut out the face (open paper up and place a piece of cardboard under for ease in cutting and not to damage the other side of paper).

The next class we discussed who Mona Lisa might have been and why they thought Leonardo drew her and what was around her the way she did. They talked about the background, about her clothes, and her facial features. I asked the students to think about if Leonardo was to draw them - what would the picture look like? What would they be wearing or holding? What would be in the foreground, middleground, and background?

We went over the basic placement of features on the human head and then students traced the face hole that I cut out so that when they opened the folded paper they had the shape of Mona's head - which would now be their head. They started with that and drew a self-portrait on the opened paper. I reminded them to think about what it would look like if they were posing for Leonardo da Vinci.

The students had a fun time with it and the results were fun. I displayed these by gluing them to a mounting paper and hanging them up with a push pin placed in the upper left corner. This way viewers could open up the paper to view the drawing on the inside.

Posted by Theresa Gillespie at Wednesday, June 15, 2011 No comments: 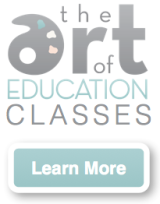 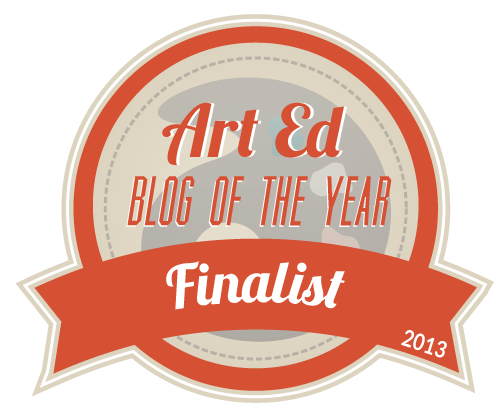 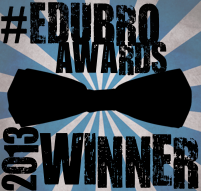